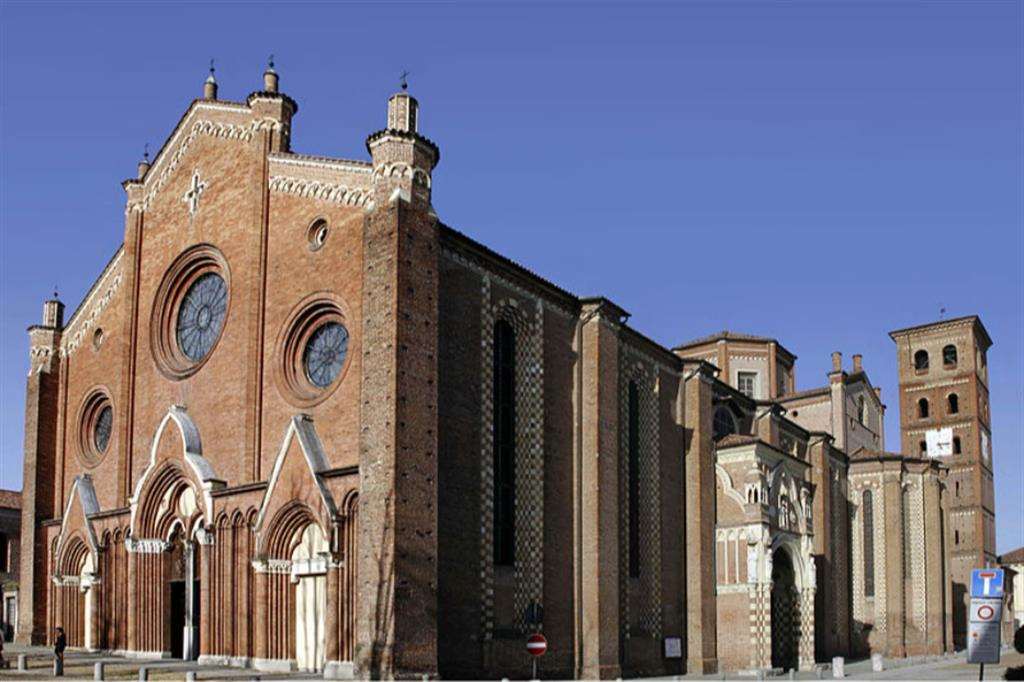 The Cathedral of Asti – .

Great expectations in the Piedmont area of ​​Asti for the arrival of Pope Francis. A “two days” dedicated in private form to relatives and in particular to his cousin Carla, fresh in her nineties, and then, in public form, to the diocese of Asti led by bishop Marco Prastaro, with a Mass in the Cathedral. “For some time I have wanted to spend a few hours together with my relatives in my family places – explained the Pontiff in a long interview given to Domenico Agasso jr in La Stampa and reproduced entirely by VaticanNews -. Before becoming Pope I often went to the Asti area, it was a habit: when I arrived in Rome as provincial of the Jesuits of Argentina, or as archbishop to participate in some synod. On every occasion I would pop over to Piedmont to see my father’s cousins. We are very close. With the older cousin, Carla, we often talk on the phone. Tomorrow (today for the reader, ed) we will meet together with five other cousins, and this fills me with joy». The Pontiff confided his attachment to his Piedmontese roots to the Turin newspaper and recited two famous poems by Nino Rota learned from his grandmother Rosa, a “tenacious woman”: Rassa Nostrana (Razza Nostrana) and, in dialect, the prayer to Our Lady of Consolata , La Consola.

The roots, the Pope explained, “are fundamental in two respects”. The first cultural: “Never forget and deny your cultural roots”. The second family member: «You always need to nurture and value your family roots, especially your grandparents». «I believe – he added – that young people should talk to their grandparents as much as possible; to keep one’s roots firm, not to remain there, still, without looking at the world». Indeed, “grandparents can help find the inspiration to go forward and far”. But “if the tree detaches itself from the roots, it doesn’t grow, it dries up, it dies”. It is therefore “fundamental to keep the relationship with our roots alive, for our cultural and social growth, and also for the development of our personality”.

Today Francesco visits his relatives in Portacomaro and Tigliole, strictly confidentially, even if the inhabitants will do everything possible to see and show their affection, even if from a distance, for the illustrious guest. In the late afternoon he is expected in the episcope of Asti, where he will spend the night. Tomorrow at 11 the Eucharist in the Cathedral which will be broadcast live on Rai1. «The Holy Father – said Monsignor Prastaro – confided to me that it was he who wanted, after meeting his relatives, to meet the great Asti family. That is why, despite the effort that this requires, he joyfully accepted to take a long journey in the popemobile before celebrating Mass ». In the episcope there will also be the conferment of honorary citizenship unanimously approved on Wednesday evening by the municipal council.

In the Cathedral there will be room for 1,200 faithful, another 4 thousand will be in the square. A significant number of places will be reserved for young people, because World Youth Day is celebrated at the diocesan level on the solemnity of Christ the King. One of these young men, the seminarian Stefano Accornero, will undergo the rite of acolyte, one of the stages in preparation for the priesthood. While there will be thousands, even from outside the city, to greet him along the long journey in the popemobile. Lunch in the bishopric will be with relatives and then the departure from the stadium where 1,430 children, teenagers and companions will greet him.

A Pope has not visited the city since 1993. Since St. John Paul II came alongside his closest collaborator Cardinal Secretary of State Angelo Sodano – a native of Isola d’Asti – who died last May and is buried in the crypt of the Cathedral. “Having the Pope among us – explained Bishop Prastaro – is an important moment in the journey of our faith. The Holy Father will confirm us in the faith, that faith which makes us feel loved by God and makes us brothers and sisters with all people. A faith that drives us to bring the joy of the Gospel to everyone and that urges us to build a world of peace and justice”.

The visit to Asti. Francesco in the family land