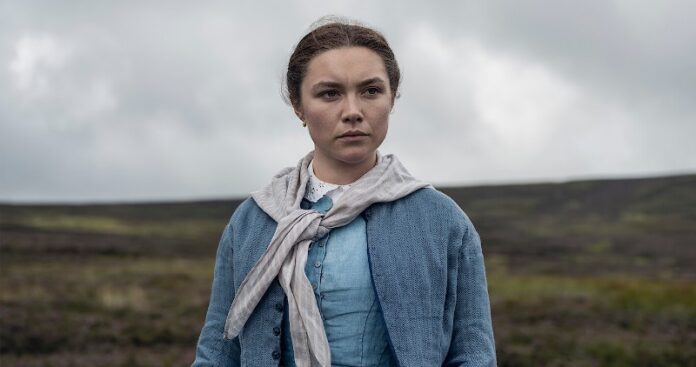 Available on Netflix from November 16, the film The prodigy (here the review) immediately became one of the most talked about titles in the streaming platform’s catalogue. Direct from the Chilean Sebastian Lelioalso director of A fantastic woman And Disobediencethis is based on the novel of the same name by Emma Donoghueauthor of the screenplay together with Lelio himself e Alice Birch and with a setting fixed to 1862 it tells of the relationship that develops between the nurse Lib Wright (played by Florence Pugh) and the eleven-year-old Anna O’Donnell, who claims she hasn’t eaten for months. We therefore start from a mystery to be revealed, but the film then opens up to much deeper reflections and meanings.

The prodigy therefore offers a heated clash between reason and faith, individual and community, establishing itself as a thriller genre film imbued with a strong evocative atmosphere, its primary strength. It is therefore not surprising that in a short time it has become a much discussed title, on which more and more information is sought. What many have wondered, watching the film, is how much of what is narrated is taken from a true story. The answer to this question, in line with the film, is rather ambiguous and open to interpretation, but it also helps to better understand the value of the film itself.

The prodigy: the true story behind the film

As stated by Donoghue, what is told in the book is essentially a story figment of the writer’s imagination. Yet, there are several elements that she has taken from some chronicles coming directly from a past time. Indeed, between the 15th and 19th centuries, historians recorded how the phenomenon of fast girlsor very young girls, sometimes even preteens, who claim they can give up food to feed only on the presence of Jesus Christ.

Among the cases investigated by the writer, there are in particular that of Sarah Jacobsfrom Mollie Fancher and of Therese Neumann. The first, originally from Wales, lived in the 1860s and became famous when, after an illness, she decided to refuse the food she was given, fearing that if she recovered fully she would have to go back to work on the farm family’s. According to reports, her parents decided to exploit it, stating that the strength of faith allowed their daughter to stay alive. Unfortunately, Sarah died from not feeding and her parents were convicted of murder.

The other two, respectively American and German, were also the subject of similar cases, but there are fewer testimonies about them and it has not been established whether the two girls lied about their abilities or not. The writer therefore seems to have drawn profound inspiration in particular from Sarah Jacobs, who in the film is therefore to be found in the character of Anna. Nurse Lib, on the other hand, is a fictional character but based on the real nurses who kept an eye on Jacobs to study her case, checking if she really didn’t eat anything as she claimed. An iron control that may have actively contributed to the death of the young woman. 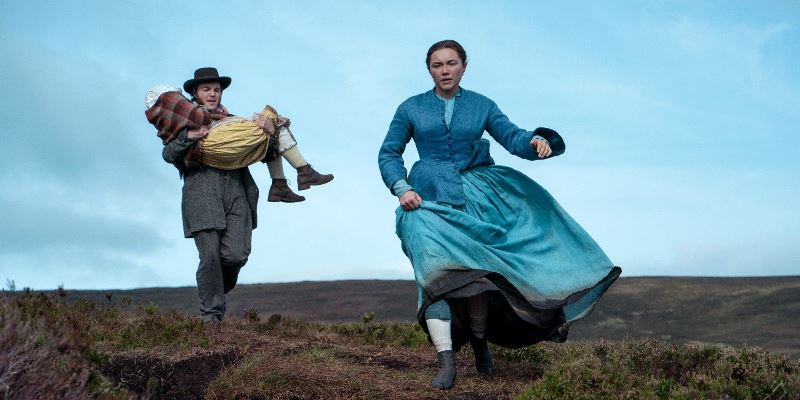 The prodigy: the explanation of the ending

Having reached the end of the film, it is time to provide an explanation for how young Anna can claim to live without eating, without even showing any signs of wasting away. The twist that turns everything comes when the nurse Lib has the intuition to prevent the young woman from seeing her parents for the moment of prayer. Starting from this total isolation, Anna finally begins to show the signs of a physique increasingly tried by the lack of food. Finally, Lib will discover that the young woman had continued to feed herself until she could meet her parents and that this happened through her kisses that her mother gave her.

In fact, the woman kept food inside her mouth, which she then passed on to Anna with her kisses. The food that the young woman received was therefore seen as the manna from heaven that God sent her. What Anna was doing, in her eyes, was therefore a way of seeking divine forgiveness for the death of her brother, for whom she feels responsible since the two had incestuous relationships. The girl is finally convinced by Lib to metaphorically die to be reborn as Nan, thus changing her identity and escaping with her towards a new life. Therefore, the fire that Lib sets in her house to make people believe that Anna is really dead acquires a metaphorical value, of what she burns and rises from her own ashes.

This is how Lelio’s film is structured, like a powerful story about faith and what is done in the name of it, both for better and for worse. Beyond that, as anyone who has seen the film will have noticed, this begins inside a film studio, a meta-cinematographic choice from which one is informed that what one will see is pure fiction and that it is therefore necessary to suspend disbelief. Through this expedient, Lelio seems to want to remind us to pay attention to the boundary between the pleasure of being told a story and being deceived by a fanatical faith that distorts the reality of the facts.

The Prodigy: The True Story and Movie Explanation